Hear no evil, speak no evil, and see no evil. Should that be the new slogan of the U.S. general public, as we allow our politicians to rip apart the economy of our country? While we know that most politicians ignore reality, history, and basic math, the American public seems to do much of the same. When it comes to Congress and a select group of wealthy influencers, the reason for them preferring ignorance among the masses is for wealth and power. With the public, I would contend that the main reason is mental laziness, and that applies across regions, income levels, education, gender, and race. It is much more fun and entertaining to watch reality TV or hear about Hollywood gossip rather than do the critical thinking involved in reading books and actually discussing the economy and the world around us. Politics has become a business of catchy slogans and passing the blame for any failures.

In regard to our government’s debt, the U.S. is past the point of no return and will be forced to make hard, painful decisions at some point in the future. Consider (source: www.TheBurningPlatform.com):

* The U.S. has unfunded liabilities of $200 trillion for Social Security, Medicare, Medicaid, and government pensions. You can add to that another $6 trillion for state and local pension benefits.
* Spending on defense has gone from $358 billion in 2000 to $831 billion today, even though no country or group of countries would have a chance of challenging us militarily.
* Over a typical baby boomer’s lifetime, he or she will collect $300,000 more from Social Security and Medicare than they put in.
* If the federal government was required to use the same accounting standards as do most corporations, the annual deficit would amount to $6.7 trillion each year.
* Many financial experts without a political leaning expect Obamacare to add tens of trillions of dollars to our national debt. Note that Medicare and Medicaid were initially projected to cost very little, and look where they are now.
* A number of U.S. cities have less than ten days of cash on hand to pay their bills, inluding Charleston, S.C.; Fresno, CA; Chicago, IL; and New Orleans, LA. (source: Zero Hedge) 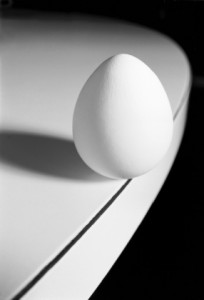 Meanwhile, the population is growing much faster than are jobs, especially among the youngest. According to government statistics, this applies to every age group under 55. There is no easy way out of our current financial situation, and I would contend that it will be nearly impossible for the federal government to pay back all current and future liabilities. As U.S. residents, this should not get us down and depressed, but rather make us aware of the future impact so as to try to protect ourselves and our families. The U.S. is almost certainly going to have to default on some current obligations in the future. Major structural changes to existing programs (mainly entitlement and military) would lessen the impact, but there is little political will to do anything of the sort. On the surface today, things look almost normal, with the stock market and housing prices rising, the (government calculated) unemployment rate dropping, and inflation more or less in check.

Isaac Asimov, the Russian-born American writer and biochemist, once noted the false notion that “my ignorance is just good as your knowledge.” Economists (Greenspan and Bernanke especially) have consistently made more poor predictions than true ones, yet we still listen to them because of their impressive academic credentials and because the press keeps backing them. Politicians push a warfare and welfare state that is clearly unsustainable, and encourage an entitlement mentality. Just look at the explosion of people signing up for disability and food stamps over the past five years, only some of which can, in my opinion, be attributed to economic conditions. Unions, corporations, and other special interest pour enormous amounts of money into political coffers to get regulations that help them without regard to the faceless taxpayer. Meanwhile, a large percentage of the general population struggles to make ends meet, while saving very little for retirement.

What we need from our leaders is honesty, compassion, a sense of shared sacrifice, and a willingness to understand the impact of their decisions over the long term. Another Asimov quote is “A subtle thought that is in error may yet give rise to fruitful inquiry that can establish truths of great value.” Do not expect any truths or even fruitful inquiry from our current leaders. You owe it to yourself and your country to be well informed and knowledgeable rather than following the far easier path of ignorance and apathy.

1 thought on “The Price of Ignorance”