Alan Noblitt is the President of Seascape Capital, LLC, and works as both a real estate note buyer and a business note broker. Alan has an MBA from Arizona State University, a B.S. from the University of Wyoming, and is licensed as a California Real Estate Note Buyer. Previously, he worked for Hewlett Packard for 18 years in finance and marketing positions, with five of those years spent in France. He launched Seascape Capital in 2002, and incorporated the business in 2003. 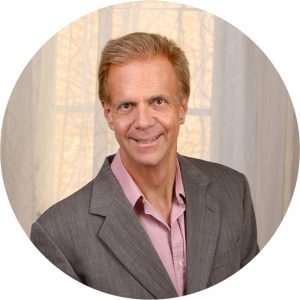 Alan has written numerous blogs and articles that have been carried by a large number of print publications and web sites across the country. Some of his past writings can be found in the “Blogs” section of this website.

Alan has been heavily involved in community services around the San Diego, California and Phoenix, Arizona areas. He was an active member of the Rotary Club of Poway-Scripps from 2001 to 2018, served as co-president in 2017-2018, and previously served as the sole club president for two years, from 2011 to 2013. Since moving to Phoenix, he became an active member of the Phoenix West Rotary Club in late 2018, and is currently serving as co-president.

A few years prior, he finished a 3-year term on the Board of Directors of the local YMCA. Alan Noblitt has also been quite active with Boy Scouts, as he achieved the rank of Eagle Scout during his scouting years, was a leader in Cub Scouts for five years, and was on the board of the Boy Scouts of America, Troop 676 for many years. Alan has two sons, both of whom are also Eagle Scouts.