Over the past several years, the U.S. has emerged from the depths of a recession to a full-fledged fake recovery.  On the housing side, real estate investors, buyers of mortgage notes, and Wall Street have seen the good ‘ol days return as home prices zoom once again.  In earlier articles in this space, I’ve discussed at length why this recovery is not real and has been orchestrated by huge amounts of government spending.  This spending and poor financial leadership at the highest levels seems to be leading to an entirely new bubble.

However, there is another big downside to this fake recovery, and that is the near total lack of reform of the institutions that were big players in the last collapse.  As a note buyer and business owner, if I have a lousy couple of quarters where I buy only a few mortgage notes, then I know that I need to try something different in my marketing, operations, or elsewhere.  Similarly, a family that has had the misfortune of experiencing a foreclosure or bankruptcy is most likely going to make some big changes to their budgeting and spending next time around. 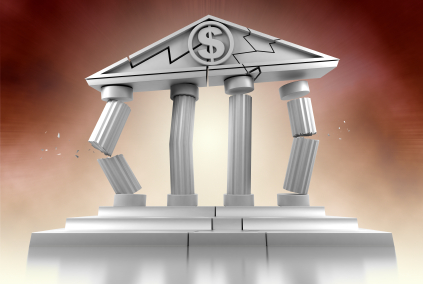 This has clearly not happened with our government and its Wall Street allies.  Big banks are bigger than ever and executives continue to rake in huge bonuses.  Real reform of the housing and banking industries has simply not occurred and does not look like it will happen.  A good example of this is what has happened with Fannie Mae and Freddie Mac, which buy mortgages from lenders and repackage them into securities.  These nearly bankrupt entities were placed into conservatorship by regulators in 2008 and have together sucked nearly $200 billion out of taxpayer wallets (per Bloomberg).  These companies deserved to be shut down or at the very least heavily restructured a long time ago.  Instead, they continue to function in much the same way as before and still dominate the mortgage landscape.  The fact that each is now generating small profits nearly guarantees that minimal change will ever happen.  Quite likely is that they will be largely responsible, along with the FHA, for the next housing crisis.  Sigh … some things never change.