Another day, another barrage of news headlines about the wonderful housing market.  Home values soared nearly 20% in some markets during 2012 compared to the prior year, inventory is low, foreclosures are down, and flippers are crawling all over each other to outbid competitors on nearly any kind of house.  For real estate investors, any mortgage  buyer, or people wanting a new home to live in, the future does indeed look bright.  Even I believe it more than likely that the next 12-24 months will sparkle for real estate, and my own mortgage buyer business has hit a higher gear as of late.  That said, housing is quickly becoming a bubble, which by definition must pop … again.

How do we keep this “recovery” going or can we?  All of my analyses plus my gut feeling tell me that we’re headed for another crash in real estate, and probably in stocks too.  There are lots of reasons for this, but I’ll sum them up in three main categories. 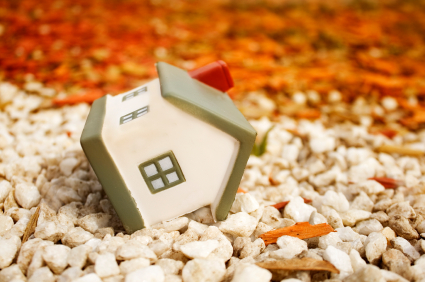 1. Over-Extension of Credit
In an article called “Credit Supernova”, PIMCO’s Bill Gross notes that, in the 1980’s, it took $4 of new credit to generate $1 of GDP (gross domestic product).  Since 2006, it has taken $20 of new credit to generate that same dollar.  In other words, it takes increasing amounts of credit to actually produce anything.  Gross refers to this as Ponzi Finance, as the ongoing credit financing begins to consume itself.  If you or I pay off one credit card with another credit card and then get a personal loan to cover that card, we can pretend for a period of time that we have smooth sailing.  But at some point, interest payments get too big to manage and the resulting defaulted debt causes all sorts of collateral damage.

The biggest debtor of all is the U.S. government, and it has no way of ever paying off all of its obligations.  Instead, the bureaucrats (plus some states and cities) extend and pretend so that the ship doesn’t go down on their watch.  Most of the media has an aversion to digging deeply into issues, so they publish the happy talk from the so-called experts in government and on Wall Street.  Speaking of which …

2. Heavy-Handed Involvement of Government and Wall Street
As pointed out in Zero Hedge (The Echo Boom in Housing – Recovery Stocks, 2/4/13), actions by the Federal Reserve and the U.S. government have prevented housing from having an organic recovery.  The low interest rates pushed by the Fed are intended to encourage Americans to invest in riskier assets and allow the government to pay off debts for a longer period of time.  ZH notes that “high levels of speculative activity could be nurturing a false confidence.”  I would agree except that I’d replace the words “could be” with “are.”

The Federal Housing Administration (FHA) has insured more than 30 million homes, but has way too many risky loans and a high default rate.  It had a $16.3 billion shortfall in November.  Meanwhile, it continues to insure loans that have as little as a 3.5% down payment.  Along with Fannie and Freddie, these government entities are together involved with nearly every mortgage in the country.  Government manipulated economies and markets have a very poor track record over the course of history.

Meanwhile, hedge funds and private equity firms are buying companies and assets along every part of the housing supply chain.  Per CNN Money, Paulson and Co. bought up enough land in Arizona, California, and Nevada to build 25,000 homes.  Blackstone Group spent $2.7 billion last year to buy 17,000 homes post-foreclosure.  At some point, companies like these, which are only into real estate for a quick buck, will see signs of a downturn and try to rapidly sell their real estate holdings.  This will cause the housing bubble to collapse that much more quickly, as there are too many sellers and not enough buyers.

3. Poor Household Wealth
There are not enough buyers because unemployment remains high and household wealth continues to decline.  In states as diverse as Alaska, Alabama, California, and Arizona, food stamp usage has nearly doubled over the past five years.  Over 10% of the California population is on food stamps, numbering about 4 million people.  The Fiscal Times reported that nearly half of U.S. households (132.1 million people) could not financially handle a weather emergency or finance long-term needs like health care and college tuition.  They state “these people wouldn’t last three months if their income was suddenly depleted.  More than 30 percent don’t even have a savings account, and another 8 percent don’t bank at all.”  This is not just people near the poverty line either, as much of the middle class has joined the working poor and is dependent on some form of government assistance.

In summary, the economy and housing market are built on sand and are missing the basic foundation upon which to build.  As government becomes more heavily involved in everyday life and the average citizen becomes poorer and more dependent on handouts, true production and demand will wilt.  The U.S must jump off this train of being debt enamored if it is to get back on the right track.

PrevPreviousPlanning in the New Year – Is It The Right Time To Sell A Mortgage Note?
NextTake the Stress Out Of Selling a Mortgage NoteNext