Housing continues to get dragged down deeper into the muck with each passing month.  Housing starts, sales of existing homes, and home prices are all headed in the same direction – DOWN.  This is despite interest rates regularly reaching historical lows and the government (meaning you and me, the taxpayers) underwriting or assuming the credit risk on nearly every new mortgage and being responsible for $6 trillion of the $10 trillion market of already existing mortgages (Reuters, 3/30/12).

As a California mortgage note buyer, I’m regularly asked by clients why I can’t pay more for a real estate note.  A big reason is because I believe that the housing market will continue to slide down no matter what the government does.  Home prices are at their lowest level since 2003 according to the Case-Shiller index, and I see little to stop them from reaching price levels of 2000 or even 1995.  In California, annual home sales are 45% below the rate in 2005 and 41% of Californians spend at least 35% of their family income on housing. 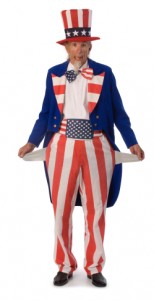 Meanwhile, the federal government continues to go deeper into hock as it spends and spends to (unsuccessfully) try to salvage real estate and the general economy.  The U.S. is more dependent on short-term debt than the financial basket cases of Greece, Spain, and Portugal (Bloomberg, 3/28/12).

U.S. policymakers seem convinced that they can borrow unlimited amounts of money from other countries at 2% forever.  Last year, the Federal Reserve bought 61% of net Treasury debt issuance, thus masking the decline in demand from everyone else.  We all know that interest rates will spike at some point, though nobody knows when.  A one percentage point increase in the average interest rate would cause $88 billion in additional interest payments this year for the Feds.

At the state and local government levels, they cannot print money like the Feds can.  Since they can’t raise taxes without upsetting the electorate and won’t cut costs that affect certain interest groups, what can they do besides waiting for long periods to fill potholes, cramming school classrooms to the breaking point, and turning off a few streetlights?  Well, they can be sneaky about taxes.  According to Agora Financial, New Jersey is requiring that gift card sellers obtain customer zip codes so that the state can claim the remaining value on those cards after two years.  In New York City, yoga studios recently found out that they have to pay sales taxes because they are considered to be “weight loss and health salons.”  Not to be outdone, Connecticut instituted the so-called “Priceline Tax” in which travel agents have to pay a hotel occupancy tax for facilitating hotel bookings in that state.  The list goes on and on among states and municipalities across the country.  Revenue among the states fell $50 billion in 2008-09, so the list of new and funky taxes will only get longer.  The politicians know that they can’t raise taxes on everyone, so will target small groups with little voting influence but lots of money.  Hold on to your wallets, as the next few years are going to get scarier!