The front page of this morning’s Wall St. Journal announced that “the $25 billion settlement with banks over alleged foreclosure abuses will provide financial relief to an estimated one million at-risk borrowers, raising new hopes for an economy still hurting from the mortgage bust.”  Uh … no, on most all of that statement.

There is one big positive from the agreement, which was negotiated over 16 months – banks will more aggressively pursue foreclosures, which will clear out the backlog of distressed homes.  Yes, this will be painful for a lot of families in the short term, but is absolutely essential longer term if housing is to ever stabilize and regain its mojo.

Another plus is that banks are not entirely off the hook with this settlement.  The banks won’t have to look over their shoulders for the attorneys general from the various states, but could face lawsuits related to securitization of loans and fair lending practices.

However, there is a long list of negatives resulting from the agreement.  Of the $25-26 billion, the banks only have to pay $5 billion in cash, with the rest going to principal reductions and refinancings.  This is merely a slap on 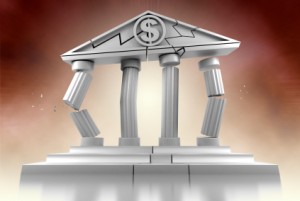 the wrist for the five big banks who signed the agreement.  A few of the other problems are:

1. Former homeowners who lost their houses to fraudulent foreclosures will each receive $2000 or less.  That seems to me a small penalty for banks that violated fraud and forgery laws.
2. From what I have been able to gather, the enforcement and compliance aspects of the agreement are weak.
3. Few serious mortgage fraud investigations seem to be occurring, and the relationship between Wall St. and Washington D.C. is unchanged, which almost guarantees a repeat of some type of fraudulent activity in the future.
4. How many executives have you seen doing the perp walk?  I haven’t seen any, and know of no major figures who have gone to jail.  While the agreement does not specifically forbid pursuing bank execs personally in the future, it shows that the government wants to put all of their crimes behind us and move on.

This agreement only applied to five of the biggest offenders.  If the next nine largest servicers agree to the same conditions, the total amount could rise to $40-$45 billion – still just a drop in the bucket when U.S. homeowners have $750 billion in negative equity and there are six millions homes in varying levels of distress.

Overall, this agreement pushes us a little closer to the end of the housing crisis, though there is a lot of pain ahead.  Unfortunately, most of that pain will be inflicted upon taxpayers and investors rather than on those who committed the original crimes.

6 thoughts on “Settling for Nothing — Cash flow note buyer”