They’re back!  Late night infomercials are once again seeking the gullible to talk about how easy it is to make money in real estate with little risk.  The newspaper headlines help them, with announcements of skyrocketing housing prices and values reaching their peak in cities like Denver and Dallas.  Savvy investors and mortgage note buyers know that almost all of this boom can be attributed to actions of the Fed.  Their actions include keeping interest rates low, feeding trillions of dollars of “free” money into the economy to create the illusion of prosperity, and assuring everyone who will listen that they have everything under control.

In housing, the reality is quite different.  The percentage of Americans who own their homes is at the lowest point (65.1%) in a generation.  Ownership has been declining among all ethnicities and income levels for several years.  There are a number of reasons why so few people own their homes: 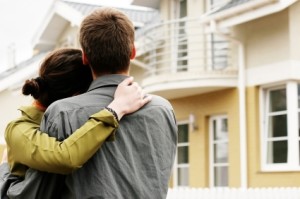 In my view, high unemployment is the biggest issue and it seems unlikely to improve soon.  Nationwide, full-time employment is down by 5.17 million jobs and total employment down 2.2 million jobs since 2007.  According to CNN Money, 76% of Americans are living paycheck-to-paycheck, meaning that they have no savings or, at best, a 3-month cushion.  About 36% of millennials (ages 18-31) are still living at home with their parents.  Rising college enrollment and delayed marriage contribute to part of this figure, but I believe that the lack of well-paying full-time jobs is by far the biggest factor.

And yet, you may be wondering, how does this jive with the headlines showing that the housing market seems to be doing well by all of the traditional measures?  In California, home prices are up 25% over the past year, and someone recently paid $82K just for a parking spot in San Francisco.  Interest-only loans are increasing and housing mania is back for the financially able.  And there is the issue, as “financially able” refers mostly to hedge funds, investors, and rich foreigners.  Those groups have been driving home sales and prices upward – not the middle class or lower income groups.

At some point in the near future, markets and consumers will realize that the positive economic news is largely a façade.  Nobody knows exactly what the trigger will be or when it will happen, but the results will be ugly.  It is like all of the bad news and economic weaknesses have been hidden behind a big dam.  When that dam springs a leak and eventually collapses, you don’t want to be downstream holding a lot of stocks or risky real estate.