The housing market recovery has been in the news a lot lately.  The low inventory of homes, rock-bottom interest rates, and renewed confidence of investors has brought prices up in many U.S. markets.  In some cities, bidding wars have erupted that allowed houses to be sold for significantly higher than their list prices.  A number of lenders, realtors, mortgage note buyers, and real estate investors believe that we have hit bottom and are now in the midst of a full-fledged housing recovery.

Are housing prices really destined to continue rising?  If you are thinking of selling your house, should you hold off for a year or two to see if your home value goes up another 10%?  A lot of people would say yes, but I am not among them.

What is driving the recent uptick in home prices?  Is the economy healthy, do more people have jobs with which to pay a mortgage, and are our debt issues under control?  As a mortgage buyer, I want to know those answers to lower my risk on a given real estate note, and the answer on all three questions is a resounding NO.

Paying For a House
The income of the typical U.S. family has fallen back to 1995 levels (Wall St. Journal, 9/13/12), which is the fourth straight year of sliding incomes.  To varying degrees, the different generations in our society have trouble buying a house.  Those in their 20’s, who have traditionally bought starter homes that are suitable for a couple, lack the financial means to buy a house because their income is too low.  If they are lucky enough to have a job, it is often part-time or lower paying than hoped for.  Often, they are carrying a large debt load from attending college, and increasingly have to move back in with their parents.  Those of us who are baby boomers or part of Gen-X usually have some combination of too much debt, job struggles, or being underwater on a current mortgage, any of which can prevent the purchase of a new house.  Those is their mid-50’s and above need to invest more conservatively, so would be hesitant to roll the dice on such a large investment.

Government to the Rescue
The Fed and current administration are dazed and confused.  They cannot understand why all of their infusions of cash haven’t helped the economy, so have decided that they will just keep throwing more taxpayer money into the fire until they get what they want.  Yesterday, the Fed announced another round of buying billions of dollars of mortgage-backed securities.  That gave a temporary caffeine boost to the stock market and to assets like gold and oil, but will have no measurable impact on jobs or countering a recession.

Europe is still an even bigger financial basket case than the U.S., and Asia (mainly China) is slowing down.  This means fewer exports and thus less manufacturing jobs in the U.S.  Businesses are uncertain about what is coming at them next, so have limited hiring and capital spending, which in turn makes economic activity even worse. 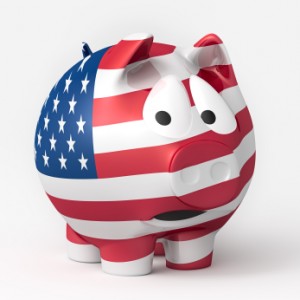 Does all of this bad economic news mean that we just give up and start drinking heavily?  No, it means that we live our lives but are cognizant of the country’s challenges and are more conservative with our finances.  There is no law of nature saying that economic downturns are quickly followed by prosperous times, so we will have to hang tight for a few more years until the country gets enough adult supervision that we can experience a turnaround.