Over the past five years, much of the home buying and propping up of home prices in the U.S. has been driven by large institutional investors.  Hedge funds, real estate investment trusts, private equity firms, and similar institutional investors have spent more than $20 billion in just the last two years to buy about 200,000 rental homes.  These investors, sometimes along with note buyers, realtors, and others in the industry, have been handsomely rewarded for their efforts.

However, many of these large investors have significantly scaled back purchases as of late.  For example, Blackstone Group was spending $100 million a week on properties last year, but their pace of acquisitions has slowed down by about 70% since then.  Blackstone is the largest U.S. single-family home landlord, though the second and third largest single-family landlords are also scaling back (source: Bloomberg, March 14, 2014).  These big investors are seeing fewer low-priced deals and are probably getting nervous about the huge uptick in home prices.

Since these investors have, for better or for worse, been a big part of the increase in real estate prices, where are those prices likely to go from here?  Will they continue their upward trajectory, albeit at a slower pace, or should we expect home values to come down?  There are lots of experts on both sides of this argument.  Those who believe that home prices will be lower at the end of 2014 have these arguments: 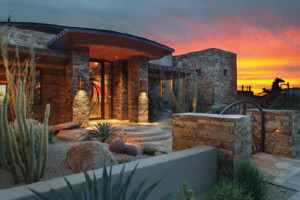 Experts on the other side of the argument expect home prices to continue their ascent because:

Where will things stand this December 31?  Personally, I am more inclined to go with the first group in thinking that there will be a decline in prices.  I just don’t think that the economy has a strong enough foundation to support a longer housing boom.

That said and  as I have often stated before, the biggest variable is how the U.S. government responds.  If they allow market forces to rule and step back from interfering, some sort of a fall is probable.  However, if they step back in to the fray, all bets are off.  What do you think will happen?

PrevPreviousFundamentally Wrong
NextShould I Keep or Sell My Mortgage Note?Next

2 thoughts on “Where Do Home Prices Go Next”